You are here
Home > Benefiting > Eating for Climate Change 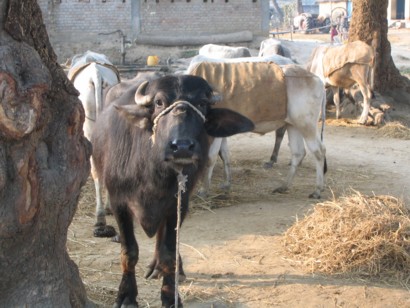 Climate change is a frequently discussed topic. What few people realise is that meat eating is also a major contributor to climate change. A United Nations report [1] co-ordinated by the UN’s Food & Agriculture Organisation found that “the livestock sector is a major player, responsible for 18 percent of greenhouse gas emissions measured in CO2 equivalent. This is a higher share than transport”.

The report stresses that “the livestock sector emerges as one of the top two or three most significant contributors to the most serious environmental problems, at every scale from local to global. The findings of this report suggest that it should be a major policy focus when dealing with problems of land degradation, climate change and air pollution, water shortage and water pollution, and loss of biodiversity.” The report goes on further to say that “the impact is so significant that it needs to be addressed with urgency”. 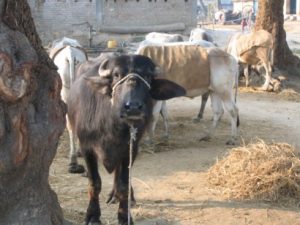 The cruelty inflicted on animals so that animal products can be brought to our plates is becoming increasingly well known. The environmental costs are also mounting. For example: nitrous oxide is about 300 times more potent as a global warming gas than carbon dioxide. The meat, egg, and dairy industries account for an incredible 65 percent of worldwide nitrous oxide emissions.

When looking at statistics it is important not to lose sight of the individual. Who and what are the beings that make up the ‘livestock sector’?

Those who have pets or have observed farm animals cannot disagree with the fact that animals have individual personalities and have very similar responses to humans to external stimuli – the cat who doesn’t want to get her paws wet on the dewy lawn, the cow who rubs an itch with such satisfaction, the chicken who runs to the feed bucket with eager anticipation. Just instinct, or are these the signs of our fellow earthlings on their very own pursuit of happiness? 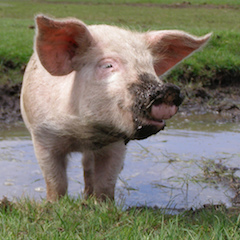 The UN report warns that “the environmental impact per unit of livestock production must be cut by half, just to avoid increasing the level of damage beyond its present level”. If we each reduced our consumption of animal products by a half we would not only reduce the suffering of animals, not only reduce global warming and environmental degradation, we would also reduce our grocery costs and give a boost to our health. As the Buddha said: “Happiness is never diminished by being shared”.

How to Purify a Dog’s Karma