You are here
Home > News > Helping Your Pet at the End 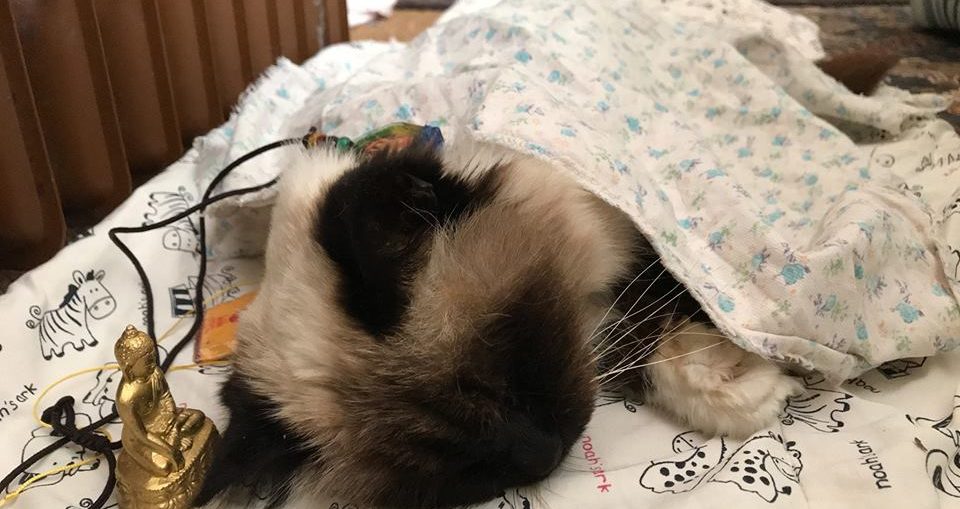 Lama Zopa Rinpoche continually reminds us of the importance of knowing what to do when someone is approaching death. It can come as a surprise, even for those who we know are already more vulnerable.

Samaya the cat died from renal failure on the 3rd August 2018. She had kidney disease which was successfully managed for over 4 years although she would have had it before she was rescued. Samaya had been rescued by Tree of Compassion in 2014 from a death row pound. Upon her health check post-rescue, she was found to have kidney disease, aneamia, was very underweight & had other health issues. A couple of veterinarians suggested we ‘take her back to the pound’ but the wonderful Dr Howard Ralph, who has helped at the Animal Liberation Sanctuary a number of times, provided a strategy to manage her condition and give her good quality of life. As she couldn’t keep weight on she was fed a special diet as often as possible and in winter, being so thin, she had a little heater in her room to keep warm. She heard many mantras and prayers, was circumambulated around holy objects, particularly on special days, had a special mantra in her water bowl and would also get blessed with holy objects periodically. Despite her condition, it was still a great shock when a minor relapse developed into renal failure and her death quickly after. 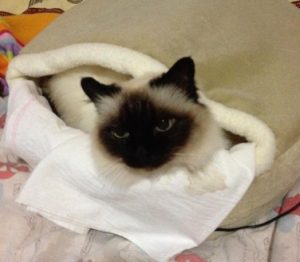 Fortunately she was comfortable enough to take around lots of holy objects and more prayers and practices were done for her. She died very peacefully, surrounded by holy objects, with powerful mantras on her body, mandala sand at her crown, and with mantras playing on CD as well as being recited in person along with the prayers Lama Zopa RInpoche recommends for death time, which will continue for the 49 days after her death.

How Will You Celebrate World Animal Day?